Are our lives getting better? How can policies improve our lives? Are we measuring the right things? The OECD Better Life Initiative and the work programme on Measuring Wellbeing and Progress answer these questions. They allow understanding what drives wellbeing of people and nations and what needs to be done to achieve greater progress for all.

For many years, focusing on people’s wellbeing and societal progress, the OECD has been looking not only at the functioning of the economic system but also at the diverse experiences and living conditions of people and households. Measuring wellbeing and progress is a key priority that the OECD is pursuing as part of the Better Life Initiative through various streams of research and on-going work. The OECD is pursuing an ambitious agenda with the aim to develop better wellbeing metrics, and is also providing analysis in order to bridge the gap between existing wellbeing metrics and policy intervention.

To find out more about the OECD Better Life Initiative visit their website. 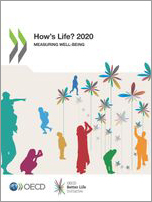 How’s Life? 2020: Measuring Wellbeing charts whether life is getting better for people in 37 OECD countries and 4 partner countries. This fifth edition presents the latest evidence from an updated set of over 80 indicators, covering current wellbeing outcomes, inequalities, and resources for future well-being. Since 2010, people’s wellbeing has improved in many respects, but progress has been slow or deteriorated in others, including how people connect with each other and their government. Large gaps by gender, age and education persist across most well-being outcomes. Generally, OECD countries that do better on average also feature greater equality between population groups and fewer people living in deprivation. Many OECD countries with poorer wellbeing in 2010 have since experienced the greatest gains. However, advances in current well-being have not always been matched by improvements in the resources that sustain wellbeing over time, with warning signs emerging across natural, human, economic and social capital.

Beyond an overall analysis of wellbeing trends since 2010, this report explores in detail the 15 dimensions of the OECD Better Life Initiative, including health, subjective wellbeing, social connections, natural capital, and more, and looks at each country’s performance in dedicated country profiles.

In many ways, life is getting better…

The good news is that wellbeing has, in some respects, improved relative to 2010 – a year when the impacts of the financial crisis continued to be deeply felt in many OECD countries. We are living longer, safer lives. Across OECD countries, life expectancy has increased by more than one year, with the average baby born today living to over 80 years of age. The OECD average homicide rate has fallen by one-third since 2010, road deaths are down, and people feel safer when walking alone at night in their neighbourhoods. One in eight households live in overcrowded conditions, 3 percentage points fewer than in 2010. Income and jobs are on the rise – with both the employment rate and average household incomes increasing since 2010 by over 5 percentage points. Today, almost eight in every ten adults are in paid employment. Recent surveys suggest people are more satisfied with their lives, relative to how they felt in 2013.

How’s Life? shows that OECD averages hide as much as they highlight: what is true on average is not always true for every member country – and even less for different population groups within those countries. Even the most persistent “good news story” in this report – the rise in life expectancy – is faltering for some OECD countries where it is plateauing. Since 2010, housing affordability, relative income poverty, voter turnout, and social support have each worsened in roughly as many OECD countries as they have improved. The greatest gains in current well-being have often been concentrated in countries that had weaker wellbeing at the start of the decade, many of them in eastern Europe. By contrast, resources for future wellbeing – such as Economic, Natural and Social Capital – have often seen a widening of the gap across OECD countries, with top-performers pulling further away, and problems deepening among those already struggling. While some wellbeing gains since 2010 have gone hand-in-hand with recent GDP growth, this is far from guaranteed in all cases – especially for health outcomes, inequalities and the environment.

…and insecurity, disconnection and despair affect some parts of the population

Despite some gains in current wellbeing since 2010, there is still room for much more improvement. Life remains financially precarious in many homes. Almost 40% of OECD households are financially insecure, meaning they would be at risk of falling into poverty if they had to forgo three months of their income. While 12% of the population across the OECD live in relative income poverty, the share of those reporting difficulties making ends meet in European OECD countries is almost twice as high, at 21%. Median household wealth decreased by 4%, on average, since around 2010, in those countries where data exist. One in five low income households spend more than 40% of their disposable income on housing costs – leaving little for life’s other essentials.

Quality of life is also about relationships. Across OECD countries, people spend around six hours per week interacting with friends and family – a tiny fraction of the time they spend working, particularly when unpaid household work is factored in. Although few trend data exist in this area, How’s Life? 2020 shows worrying signs of decline, with people spending almost half an hour less with family and friends than they did roughly ten years ago. Moreover, 1 in 11 people say they do not have relatives or friends they can count on for help in times of need. Older people are almost three times more likely to lack social support, relative to younger people, underscoring the importance of addressing old-age loneliness.

Many also struggle with low emotional well-being and despair: A significant minority of men (12%) and women (15%) experience more negative than positive feelings in a typical day. While life satisfaction has improved on average since 2010, a sizeable share of the population (7%) in OECD countries report very low levels of life satisfaction. In European OECD countries, almost 1 in 15 adults say they experienced depressive symptoms within the last two weeks, such as having little interest in doing things, feeling tired, overeating or having no appetite. Finally, “deaths of despair” from suicide, acute alcohol abuse and drug overdose, while a very small share of overall deaths, have risen in some countries. The OECD average toll of such deaths is three times higher than for road deaths, and six times higher than deaths from homicide.

How’s Life? highlights enduring differences by gender, age and education, and between the top and bottom performers in wellbeing outcomes. For example, while average household incomes have risen, income inequality has barely changed since 2010: people in the top 20% of the income distribution still earn more than five times more than people in the bottom 20%. While women in OECD countries have more social connections, they earn 13% less than men, and every day they work almost half an hour longer when both paid and unpaid work (such as housework and caring responsibilities) are taken into account.

OECD countries with higher average levels of wellbeing tend to have greater equality between population groups and fewer people living in deprivation. On the whole, people in countries traditionally associated with high well-being, such as Nordic countries, the Netherlands, New Zealand and Switzerland, enjoy both higher levels of current well-being and lower inequalities compared to other countries. Yet some of the most equal countries have experienced little change, or even widening inequalities, in the last decade. Sweden and Denmark, renowned for their high quality of life, have recently experienced rising income inequality, falls in social support and an increase in those reporting very low life satisfaction.

Looking forward, there is no room for complacency. As storm clouds gather on the horizon, mainly from environmental and social challenges, all OECD countries need to take action if they are to maintain today’s well-being for future generations. Nearly two-thirds of people in OECD countries are exposed to dangerous levels of air pollution. In 2018 the average OECD resident consumed less carbon than in 2010 but used more of the Earth’s materials. Reductions in greenhouse gas emissions (GHG) in the OECD are far from sufficient to meet climate policy goals and, in almost half of OECD countries, more species are at risk of extinction. Household debt in almost two-thirds of the OECD exceeds annual household disposable income and has deepened in a third of member states since 2010. While trust in government has improved by 3 percentage points on average since 2010, less than half of the population across OECD countries trust their institutions, and only 1 in 3 people feel they have a say in what the government does. Women hold just one-third of all seats in OECD parliaments, and hence, inclusive decision-making remains a distant goal.

Overall, recent advances in welbeing have not been matched by improvements in the resources needed to sustain well-being over time. From financial insecurity in households, through to climate change, biodiversity loss and threats to how democratic institutions perform their functions, we need to look beyond maximising wellbeing today. Ensuring continued prosperity for people and the planet will require bold and strategic investments in the resources that underpin well-being in the longer run.

What is Wellbeing Valuation & why use it?

NICOLA STURGEON – WHY GOVERNMENTS SHOULD PRIORITIZE WELLBEING WEAll is the leading global collaboration of organisations, alliances, movements and individuals working together to transform the economic system into one that delivers human and ecological wellbeing....

Creating social value is no longer just the work of the community sector. As we attempt to “build back” our economies through infrastructure projects, everyone across the construction sector is being asked to embed social... 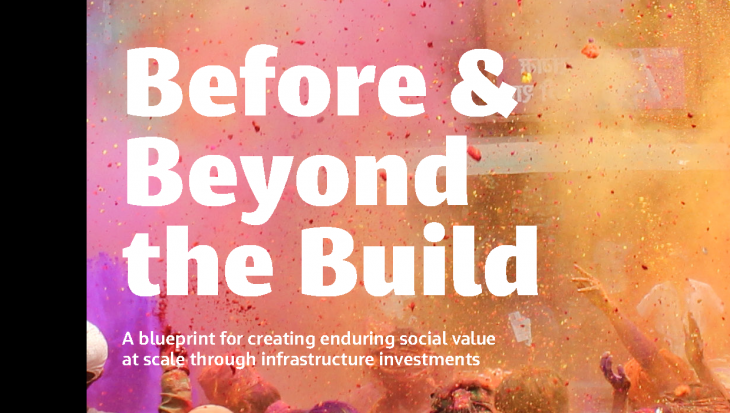